MAAH’s work is about recognizing the affordable housing challenge in our community and working towards better solutions so families can lead healthy, thriving lives and our economy can continue to grow.

A family’s housing is “affordable” if they pay less than 30% of their take-home income for housing…
…But even with “affordable” housing, a typical Colorado family would have little left over to invest in the future 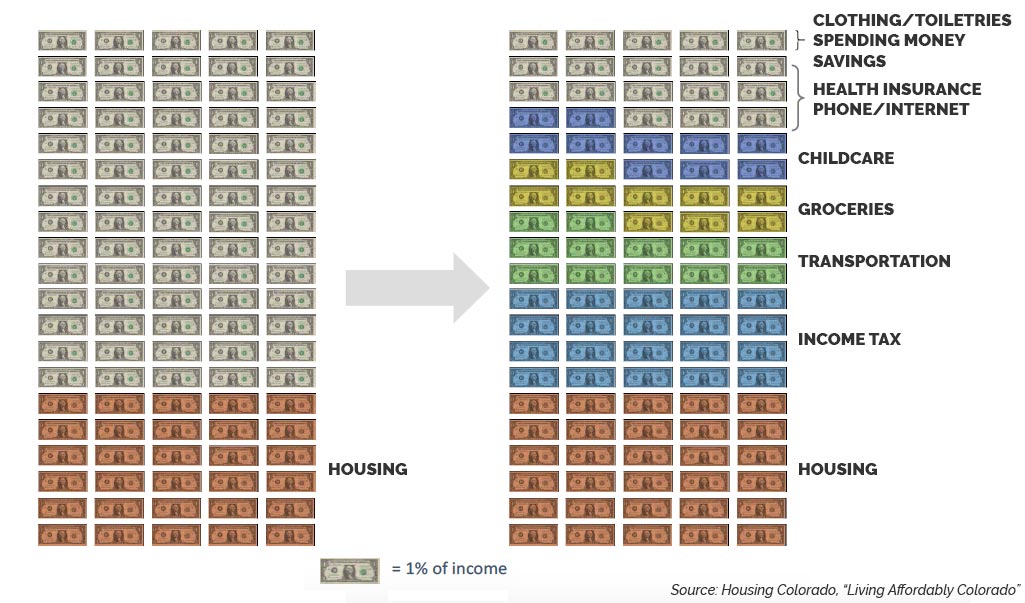 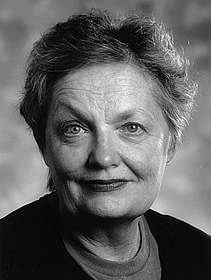 Award-winning preservationist Dana Crawford initiated a concept of urban renewal that was one of the first of its kind in the United States. She pioneered the redevelopment of Denver’s historic Larimer Square in the mid 1960s, creating a festival shopping area from the neglected and abandoned buildings of Denver’s original main street. Today, Larimer Square serves as a prototype for the revitalization of forgotten main streets and architectural landmarks throughout the country.

In addition to her many business accomplishments, Mrs. Crawford has given much of her time to both local and national concerns. She served nine years on the board of directors of the National Trust for Historic Preservation, six of those years on its executive committee. In 1995 the National Trust awarded her their highest honor, the distinguished Louise duPont Crowninshield Award. For fifteen years she worked with Preservation Action, serving as president for two years. She presently serves on the national board of Project for Public Spaces.

Mrs. Crawford’s contributions to the Denver community are many. She has been on the board of the Downtown Denver Partnership for more than thirty years and has been active with the Platte River Greenway Foundation, the Denver Art Museum, Historic Denver, Inc., the Colorado Historical Society and Foundation, and the Denver Center for the Performing Arts. She is an honorary member of the Colorado Chapter of A.I.A., and has been awarded a Doctorate of Humanities by the University of Colorado. In recognition of her civic contributions, business successes, and the positive influence she has had on the architectural character of Denver, she was inducted into the Colorado Business Hall of Fame in 1997. That same year, in honor of her many years of community service, she was presented with the prestigious Bonfils-Stanton Foundation Award, also known as the “Colorado Nobel Prize.” In 1998, the Denver Business Journal recognized Mrs. Crawford as one of twenty people who have made a difference to Denver’s business success in the twentieth century.

Dana Crawford’s energy and commitment continue to be the spark for the ongoing revitalization of Denver’s Lower Downtown Historic District (LoDo). She is often called upon to assist others in their own revitalization efforts and has served as a consultant for over fifty communities to help preserve the historic character of neglected main streets and neighborhoods nationwide. 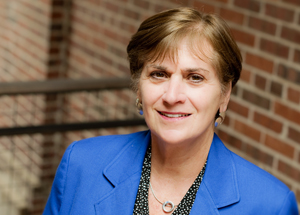 Susan Powers is the President of Urban Ventures LLC, a real estate development company in Denver which she created in 1998. Urban Ventures focuses its efforts in urban neighborhoods, close to the core of downtown. In each development, there is a strong emphasis on health, community building, economic and social equity and viability.

Completed projects in and around downtown Denver include mixed-use residential loft projects in central downtown, RiNo and Highland neighborhoods. Adjacent to the Auraria Higher Education campus, Susan led the team to develop Campus Village- the first student housing to serve the students of all three institutions. Susan was a member of a team led by Mithun Architects which developed a master plan to guide the redevelopment of a 17-acre existing DHA public housing neighborhood in Denver into a mixed income, sustainable, TOD development adjacent to downtown Denver called Mariposa.  She has remained involved with each phase of development with a focus on improving the health of the residents.

Urban Ventures is currently developing, in partnership with Perry Rose LLC, Aria Denver-a 17.5 acre site of a former convent in northwest Denver adjacent to Regis University.  The redevelopment is a model for mixed use, mixed income, intergenerational living.  At completion in 2021, the community will include 450 residential units, of which 40% will be affordable, including 28 Habitat for Humanity for-sale homes.

Prior to forming this company, Susan was the Executive Director of the Denver Urban Renewal Authority (DURA) for 11 years. During that time, she was involved in the structuring, financing and construction of 18 complex commercial and residential real estate developments that contributed to the successful rebirth of downtown Denver. For the prior 12 years, she held a variety of positions in city management, community development and planning in Colorado and Nevada.

In Colorado, she is active with a variety of civic organizations and is a member of the Board of Directors of the Denver Health and Hospital Authority, Denver Community Health Services, Inc, the Elevation Community Land Trust (ECLT) and co-founded MAAH-Mothers Advocating for Affordable Housing. She is married and has two sons.